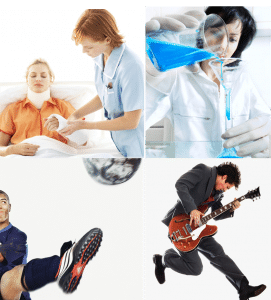 “Charisma is the intangible that makes people want to follow you, to be around you, to be influenced by you.” — Roger Dawson

Each person is born ethnocentric, or believing that other people and events revolve around them which is generally true for the first few years of a child’s life. The focus of activity for a growing child is inward. Some people carry this inward, self-focus into adulthood. These people, so overly concerned with their own well being in a self-centered way, never learn the secrets of influence. Successful people, who want to have the power of persuasion, turn their circle of activity and interest outward. They expand their centers to be as conscious of the world around them as they are of themselves. They develop what we call, charisma.

Charisma means you have learned to:

Gerry Spence, one of America’s greatest trial lawyers, said, “One can stand as the greatest orator the world has known, possess the quickest mind, employ the cleverest psychology, and have mastered all the technical devices of argument, but if one is not credible one might just as well preach to the pelicans.”

Be truly interested in the other person. Treat him or her as the most important person you’ll interact with that day – a VIP, Very Important Person. Smile at them, not just for a brief, dutiful second, but for a magical two or three seconds.

When you smile, lean toward the person a little, and think in your mind, “I like you. You are a great individual. I want to get to know you better.” You’ll be amazed at the connection and trust that will occur.

A few interaction skills that make a big difference to a respectful atmosphere in your organization include not interrupting conversations, asking if the person has time to talk, and listening to ideas.

Remember not to be in such a know-it-all position or in such a hurry that you finish other people’s sentences. Be sure to comment on their ideas to let them know you have really been listening, not just waiting for them to take a breath so you can jump in with your agenda.

People you work with do care what you think about them. They appreciate your mentioning their good work. When you do recognize them, be specific in your compliments.

Refrain from saying in an off-handed manner, “Oh, great work, Donna.” Make it more personal: “Donna, that is the best research that has come across my desk in the last six months. Excellent work.”

If a colleague comments, “Good presentation.” Refrain from saying, “Oh, it was nothing.” If a friend says, “Nice suit,” don’t reply, “This old thing? I’ve had it for years.”

Deflecting a compliment often draws unwanted attention and belittles both you and the person offering the compliment. Just say, “Thank you.” You’ll be pleased with how gracious you become.

6. State what you are FOR, not AGAINST.

People don’t like nor do they cooperate with people who they think are against them. When you are against something, the person thinks you are against them personally. Once you voice your opposition to another person’s idea, you become part of the problem. It’s as if a war has started with each of you fighting to be right.

When you are for something, you begin focusing on the potential for positive change. You start the process of collaboration. You become a powerful person.

Next time a colleague brings you an idea for improving the department, find something about the idea you can be for. You may find that you never have to state what you were against in her ideas because the synergy and creativity has taken a positive turn to solving the problem.