Aggressiveness Gets You Nothing!

Assertiveness Gets You Powerful Influence!

At a recent association board meeting, I observed 3 influence styles on display. One personality tended toward Dominance and her dominance was high enough that it turned into aggressiveness. When she spoke, her voice was loud. Her sentences were short and clipped, resembling commands. I observed many people recoiling from this person. Some had set jaws and crossed arms, signifying anger. Only a few in the room supported her ideas and vision for the future of the association.

In stark contrast, the next person who presented ideas seemed hesitant. She stammered and began every sentence with “Uh…..” Her voice was soft and her presence non-compelling, even Passive. People pulled out their cell phones to check their texts and emails. Needless to say, her ideas were not taken seriously.

The third person intrigued me. He laid out his vision for the future in a calm but strong tone of voice.  His sentences were logical and filled with facts. When other members of the association asked questions, some needling and critical, he was unflappable. He didn’t back down but repeated why his ideas were the best route forward. People listened and chose to support him.

He was assertive and won the support of the association members.

There are several ways to express assertiveness. In the terms of emotional intelligence, assertiveness is an interpersonal, social skill that can be developed and improved if it does not come naturally to you. It means that you can stand up for your rights in a confident, calm, and positive way when others may try to trample on you, your values, or your ideas.

Being assertive earns the respect of others. How? As the assertive person requests respect, they demonstrate and offer respect to the other person. When respect is present, positive and negative ideas and feelings can be addressed in an open, honest, and direct way.

Another important aspect of assertiveness is self-responsibility. Assertive people take responsibility for themselves and their actions. They do not blame other people for their missteps nor do they judge other people. A logical mind tells us this is exactly what you need in conflict situations.

These characteristics help you demonstrate assertiveness:

It is important to send congruent messages meaning that your body language and your tone of voice match your message. Saying the words, “I do not like this approach” with a warm smile and playful tone of voice lacks credibility, confuses the person listening and will not get the other person to change his course of action. 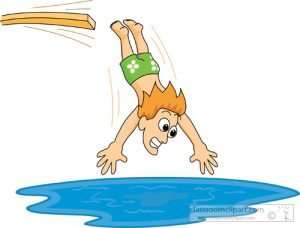 Sometimes you are blindsided by a conversation and your assertiveness skills need to be spontaneous. Other times, you may know a situation is coming and you need to be assertive. This is when you prepare for your conversation by following this DIVE formula:  You never Dive into a pool without knowing how deep it is.

D – Decide your position or point of view.

I – Illustrate your point of view with examples or evidence.

V – Verbalize your thoughts to yourself before verbalizing them to someone else.

E – Eliminate fear and negative self-talk that pops up inside your head.

As you work to be more assertive and less aggressive and less passive, the respect people give you increases and your influence expands.

Never miss the valuable information in a new blog.

We respect your privacy. Your email is safe with us.

You can unsubscribe at anytime.