How Watching World-class Athletes Can Improve Your Career 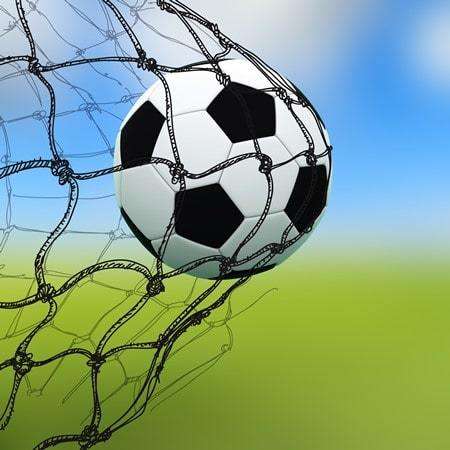 Watching the highest level of professional athletes is an exhilarating experience. Two events are fresh in my mind: The FIFA World Cup soccer championship in British Columbia when the United States women beat Japan and Wimbledon where tennis players Williams and Djokovic won the championships.

If you watched either of these events, you probably marveled as I did at the precision of the organizing entities and the confidence

and mental toughness of the players. In both events you saw an amazing display of strategy, techniques, and tactics.

In watching world class sporting events and world class athletes in competition, there are a many lessons both from a personal and an organizational perspective.

On the organizational side, just as competition in these sporting events is fierce, so is competition in the marketplace. What can the corporate world learn from the coaches? In preparing for the third place soccer match between Germany and England in which England won 1-0, German coach, Silvia Neid, made the statement, “…the players were sad after the semi-final defeat, but that only lasted for a day, and then we got our focus back and tried to work on certain points that we were keen to improve.” Notice the expression of the emotion of sadness which is a normal human reaction to events that don’t go exactly as we planned, but they only let the sadness last for a day after which their resolve took over and they focused on improving. (Fifa.com)

Mark Sampson, the English coach gave his respect to their opponents and paid tribute to his players when he said, “It’s really an incredible result when you take into account the challenge we were facing and the quality of our opponents. We were able to bounce back after our semi-final experience and our performance shows how much quality we have in our squad.” (Fifa.com)

The words that stand out for me are “the quality of our opponents” and “how much quality we have in our squad.”

Carli Lloyd was the star of the USA win over Japan. Her play in British Columbia was exceptional. However, I can still see the picture of her shock and embarrassment when she missed the penalty kick in the 2011 World Cup Final. Not to have the mistake repeated, she scored 3 goals in the first 16 minutes of the match, a feat never before achieved by a soccer player. Lloyd was deemed a leader on the team that in spite of her stardom, promotes strength and unity as a team.

The lesson? Teams at every level in your organization need to have camaraderie and each other’s backs. When they start working on a problem that is keeping the company from being competitive in the market place, they need to be willing to empty the tank…giving the best of their intellect to solutions and collaborating with team members to come up with the most viable path forward.

Wimbledon is a study in precision of execution for the participants, the audience, and the TV audience. I watched as the line judges stood in unison between points and bent to their knees exactly as the player started his or her service routine. I watched with interest how quickly the ball boys and girls ran on the court to retrieve the balls and how between points they stood at precisely the exact time and between games how they stood and faced toward the crowd as if they were sentinels protecting the players against harm. Every aspect of the event was disciplined.

What does this say for the discipline in your company? Granted, workers are not robots to be choreographed. They need freedom throughout the day to work in their own style however, in our new book on Earn The Gift of Discretionary Effort, Doug Ross and I make the point that there must be certain standards and policies in place that are executed with discipline and precision for the safety of workers and for work to be performed smoothly. Are there processes in your company that could be improved and executed with more precision?

As Lloyd expressed so eloquently, world class athletes have a fighting spirit. They are competitive and they play to win. At Wimbledon, I watched players down 0-40 come back to win games and not give up when they were down 2 sets to come back and win the next set. In the Gentlemen’s quarter finals, French player Richard Gasquet won the fifth set 11 to 9. He was the 24th seed and upset the 4th seed, Swiss player Stan Wawrinka! If you are down and give up, you have found a permanent solution to a temporary condition.

A fighting spirit applies to you as an individual and to your company. The marketplace is chaotic and can be unkind. The company that withstands the winds of marketplace challenges must employ individuals who can come back from disappointments such as glitches in product launches, lost sales, and late shipments to a prime customer.

The individual with a fighting spirit learns how to work around a problem with the product launch, makes it up to the customer, and is determined to find an even better customer than the one they lost.

World class athletes have confidence and mental discipline, traits that compliment a fighting spirit. By their body language, the soccer and tennis players I observed exhibited confidence which gave them the mental discipline to shake off a bad kick, a poor return or the powerlessness to return an ace.

They develop calmness under pressure. In an interview after winning Wimbledon, Novak Djokovic said “But if there is one thing that I learned in the sport is to recover fast and to leave things behind me and move on. Within a couple of weeks you really need to get your things together and motivate yourself to be able to play on a high level in another Grand Slam.” He admitted that he was disappointed and heartbroken after the loss in the French Open to Wawrinka.

The Need for Coaches

As the interview with Djokovic unfolded, it came out that his childhood coach had warned him about storms and calms which obviously helped to form the mental toughness to play through defeats to victory.

Many times during Wimbledon, the camera panned the boxes where the coaches sat and the commentators spoke of the number

of coaches each player employed. Often there were four or five coaches for one athlete. Djokovic hired as his head coach, Boris Becker, former world No. 1 professional tennis player from Germany.

I have found that the culture in some companies puts a stigma on asking for help or admitting that you need a coach or mentor. Taking a lesson from world class athletes, good mentors and coaches are essential for corporate teams to rise above the fray and distinguish themselves with significant accomplishments.

I think this shines a light on how important the leadership team is to winning championships and capturing more market share for the marketplace is a championship competition.

Karla Brandau is a leadership and time management/productivity guru. She specializes in 21st century leadership skills, especially when leading virtual teams and working with multiple generations in the workplace. Karla is the founder of Workplace Power Institute and is launching a new leadership initiative with Douglas Ross and their forthcoming book on how to earn the gift of discretionary effort. She is a sought after keynote speaker and workshop presenter. Visit her web sites at www.KarlaBrandau.com, and www.EarnTheGift.com.

For an energizing and collaborative conversation on your leadership keynote needs, call Karla at 770-923-0883 or email her at karla@KarlaBrandau.com