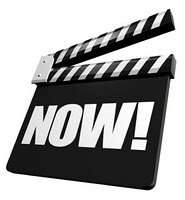 The first time I thought of the phrase “The Producer’s Mindset” I knew instinctively what it meant. So I was shocked when a person in a seminar asked me what I meant by the phrase. I was even more shocked when I stumbled to explain it.

Finally it crystallized in my mind: The producer’s mindset champions action!

The procrastinator’s mindset aligns itself with the law of inverse excuses which demands that the greater the task to be done, any and all insignificant work must be completed prior to beginning the greater task.

A person with the producer’s mindset aligns their thought processes, their behaviors, their environment and their actions. This alignment creates unparalleled focus which brings sustained success.

Just the thought of sustained success makes giving up the procrastinator’s mindset for the producer’s mindset a no-brainer!

Never miss the valuable information in a new blog.

We respect your privacy. Your email is safe with us.

You can unsubscribe at anytime.